British History In Malta: 160 Years Worth Of History

With 160 years of British rule in Malta, the once all-mighty empire sure left its mark on the Maltese islands with a lot of building, relics and heritage still available to see and visit for the public.

The British Empire was the last foreign ruler Malta had before the island gained its independence in 1964. You can see a guide on the historical periods of Malta here, but today’ we are focused on the contribution that was made by British and the influence they left behind here in Malta.

With both countries still enjoying a great relationship between them (even after independence), the tourism sector is also benefiting from this seeing as how the majority of tourist visiting the islands are from the UK.

There’s many to be seen and explored that came from these 160 years of British rule, and today we are going to give you a walkthrough some of the most popular, iconic locations we still have left from that time.

The British History In Malta: 160 Years Worth Of History

The Various British Architecture In Malta

These old barracks are situated in the “British” town of Pembroke. We will talk about this town further down below, but basically, this was used by the soldiers stationed here during the two world wars and they can still be still be visited (and appreciated) today.

The building that now houses the Malta Stock Exchange just outside of Valletta was originally a church built by the British and it is a prime, notable example of the excellent infrastructure left behind.

In Malta, museums are plentiful, not a surprise seeing as how the island has had such a vast and profound history.

In total, the British Empire helped build, renovate and “set up” 6 still-working museums which you can visit in your free time and explore.

You will find all the information on where these museums are and how to visit them on the Malta Heritage website:

Fortifications Built By The British Empire In Malta

The British Empire ruled the island for more than a century and a half, which also doubled as a battlefield in both world wars helping the empire transport goods and army supplies through the Mediterranean between mainland Europe and North Africa.

Obviously, being such a “target“, Malta had to become a defence super power and although many fortifications from previous historical eras came in handy, the British Empire also added a few of their own and they are:

Built in 1878, this is the world’s first mechanical fort and a rare remnant of British military engineering and also housed at one point “the world’s largest gun” which you can still see at the fort today.

Over time, in an unexpected turn of events, it was also used as a movie production studio which was used for many international films, some of which you can read about here.

The Victorian Lines are a stretch of a 12km natural rock fault “dividing” the North and the South of Malta.

The British used this natural line to their advantage fortifying it with building three forts along the lines at Fort Madliena, Fort Bingemma & Fort Mosta which are all still, open for public viewing.

Pembroke is the town mentioned earlier that houses the “old barracks”. This town was built by the British for the British as housing estates for the many thousands of soldiers stationed here over time.

Obviously, to this day, the village has grown in size and is still in use so if you are interested in knowing more about the British history in Malta, feel free to visit it and you’ll be able to see many relics and buildings that are still standing. 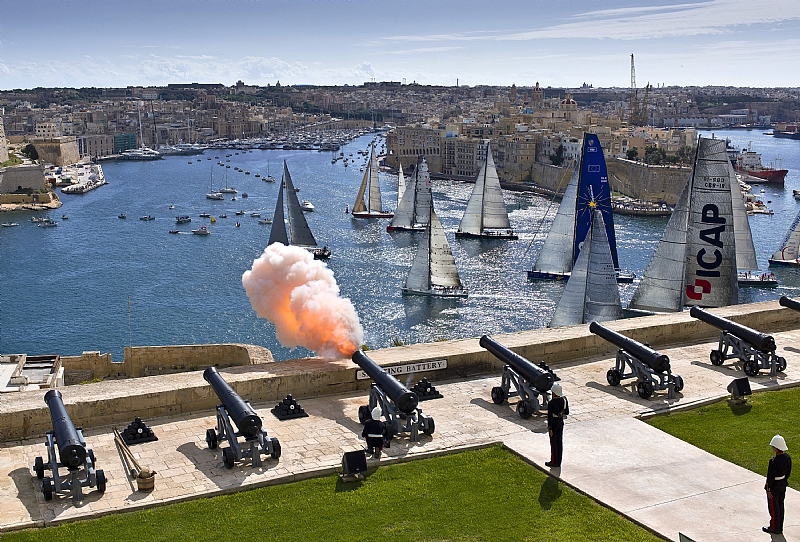 These old dockyards are situated in the picturesque 3-cities across the pond from Valletta.

It’s an old ship building yard where, back in time, served as a shipbuilding dock for the British. Nowadays, the area (while still operational) is being turned into a more “family-type park” setting that you can visit whenever you want and enjoy the beautiful blend between the new and the classic.

Last but not least, we have to give a mention to the Saluting Battery, or as it otherwise known locally; “Barrakka” (pictured above).

This is the jewel of the Maltese capital with a picturesque setting and 180° views of the harbour, which coincidently hosts (on the opposite end) the three cities previously mentioned.

If you happen to be in Valletta, be sure to take a visit to this public park to see what probably is; the best work left behind by the British Empire.

Thank you for reading. We hope you found our post about the British history in Malta entertaining and insightful.

If you’d like to know more about InterContinental Malta, our hotel rooms in St Julians, our restaurants and more info about the Maltese islands, be sure to visit our website.

We look forward to hosting you here and if you have any questions, feel free to send us an email or a message on our Facebook page.

More topics about the history of Malta  ?

Check out : The Battle For Malta or 10 Historical Periods That Shaped Malta  😉