Visiting Mdina? Here Are 7 Things You Did Not Know About The “Silent City”

In the last blog we’ve published, we shared with you our 7 recommended things to do in Gozo while vacationing on our island.

Today, we are turning our scope more locally and we want to share with you some information about the ancient capital city of Malta, known as L-Imdina.

L-Imdina, is often featured on the to-do list of the thousands of visitors that visit our islands and by right it should be.

Mdina is probably one of the most picturesque, beautiful and majestic places we have on the island.

In today’s post, we want to share with you some “fun facts” about Mdina, hopefully, if you’ll be visiting it while on holiday here in Malta, you’d be able to appreciate more it’s unique beauty and illustrious history.

Visiting Mdina? Here Are 7 Things You Did Not Know About The “Silent City” 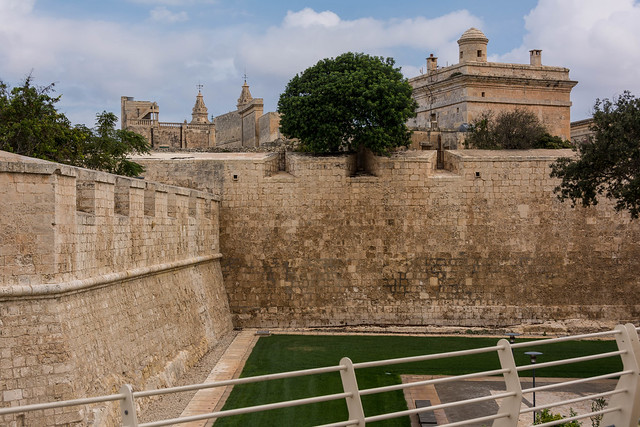 It’s Older Than We Think

By sheer observation, it is clear that Mdina is not a “modern city” by any standard.

However, it is much older than it appears, India makes it’s appearance in history book during the Bronze age when the Phoenicians colonized malta in the 8th Century

Mdina (or as it was known back then; Melite), is also mentioned in the Christian Bible in the story of the shipwreck of St Paul’s. It is said the governor of “Melite” greeted St. Paul once on the island.

It Was Bigger In Size In The Past

In the past, Mdina was actually much bigger in size than it is now.

The decision to reduce the size of this then bustling metropolis was due to the fact of the collapse of the Roman empire, which once left unguarded was unable to fight off attacks.

Thus, in an attempt to secure it even more and make it safer, the plan was introduced to close it off on the top of the hill which it now sits on today.

Mdina Was Nearly Destroyed By An Earthquake

In 1693, Mdina suffered devastating damage to its buildings due to a powerful earthquake that happened in 60 miles away in Sicily.

Obviously, for the damage to be felt from that far here in Malta, it had to be a powerful one and it did flatten most of the city’s infrastructure, although luckily, none of the citizens were injured.

Moving on towards to more modern-era facts, around 750,000 people walk through the Mdina gates every year to enjoy the splendor and the beauty of this ancient city.

If you’d like to be one of these 750,000 people, contact one of our concierge personnel so they can assist you in your visit.

Mdina Has It’s Own Soccer Team

With just over 200 people living in Mdina (which is also surprising), it’s hard to believe that Mdina could have it’s own sports teams but believe it as they do.

Mdina’s soccer team are the “Mdina Knights” , which play in Malta’s Third Division League regulated by the Maltese Football Association.

If once you’re at the Mdina gate you kind of recognize this entrance, then you must be a Game of Thrones fan.

Yes, fans of the series will recognize the facade’ of the entrance as “The King’s Landing“. Unfortunately, though, this was just used for the first season of “Game Of Thrones“.

It Will (Hopefully) Soon Be A UNESCO World Heritage Site

Mdina is currently on the “waiting list’ to become an official UNESCO World Heritage Site.

With all the beautiful history and grandiose buildings and sites, this mini-city is now a beauty for the world to behold and we hope this will soon be added recognized by UNESCO as a world treasure for all to enjoy.

Thank you for reading this post. We hope you’ve found this guide useful and entertaining. If you plan on visiting Mdina soon, we wish you a cultural and adventurous trip to our old Silent City.

We look forward to having you as a guest in our hotel. Feel free to get in touch with us for more information.